Writing would be the best option to formally close my 2014.

I know, I know. It is already half of January 2015. Many people may have already started doing their 2015 New Year Resolutions. The common resolution my friends and I always take on is to have a healthier bod. We always have the highest level of commitment on this at the start of the year and yet we always end up failing. Probably the reason for not being able to carry on with our New Year Resolutions is commitment: time, money or just persevering effort. 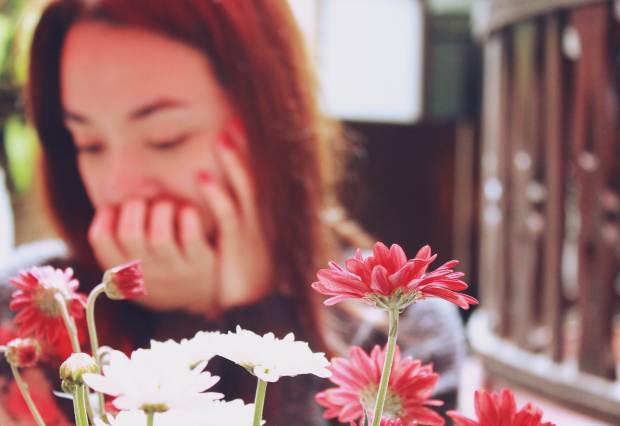 Not only I am guilty on staying committed with having a healthy lifestyle, I am also guilty in not keeping up with my website. I promised last year that I will update my Travel Website. I thought then that since I was just finishing my thesis paper, maybe I can post blogs and videos continuously. But time did not allow it.

So what really happened in my life last year?

In February of 2014, I quit my professional work. I had been working as a Process Analyst for 6 years. I am proud to say that although I did not stay more than 3 years in one company, like most of my friends, I am sort-of knowledgeable in the basic operation of four industries. I think I would need to blog about my professional life next time. Nothing too personal, people. Just plain professional. Being a Process Analyst is really both interesting and challenging. =)

After I resigned, I knew I had to revisit and reorganize my life goals and personal activities. I like to keep my life organized and, at the same time, adventurous. Not spontaneous. I am a little obsessive when it comes to spending my “living” years. I love living out my purpose and creating possibilities for my advocacy. So what do I do now professionally? I contribute my share of value to the world. That does sound a little bizarre, eh? Next time, I will try to write about it.

Anyway, after I reorganized my jumbled goals, I traveled to Japan in April. I also started developing a business concept I want to build in a few years. That went on until I realized I should be reviving my thesis paper. By May and June, I was out and about in Metro Manila doing interview and gathering data. In July, August and September, I was just sitting on a chair and typing my paper on a netbook. I never thought I would hate the size of the netbook so much for the muscle pains it caused in my hands. I also earned breakouts for the sleepless nights and excessive readings. I also attended a penalty course because my masters program was already beyond the allowed number of years it should only be taken.

Thesis was presented in October. FINALLY! I took a deep breath the second my defense was finished. After two years of attending classes and one year hiatus, I finished my masters degree in my fourth year. But wait, I revised, went to consultation and printed out hardbound copies of my paper for few more weeks after that presentation day. (Just last week, I submitted my graduation form to our Registrar. It is official. AHHHH! )

But the year was not yet over until I take the N3 level of JLPT. I stopped studying Nihongo from June to September to give way for the thesis. Although it was a practical decision to finish one goal at that time, in learning a language, taking long breaks is not always a good idea. So I spent days of October and November reading and listening to conversation and dozed off with new words and grammar rules that I had to relearn. It was really tiring. My brain was functioning nonstop while begging me to hibernate.  “The end is soooooo near!”, I always say to myself. 2014 made me into a rubber woman. Stretch. Stretch. Stretch! 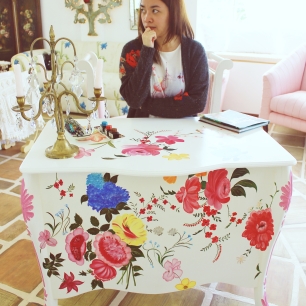 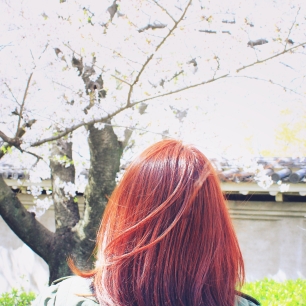 Changed my hair color to red

Comparing my 2014 with the years before that, I was more productive in terms of settling my New Year Resolutions. Although I only got 4 goals completed out of the 10 goals I set for myself last year, I believe I did great because I tend to lack in the arena of “finishing what I started”.

Aside from that, what made 2014 more memorable to me are the “risks” I took.

I finished my 2014 without earning a single peso. People say, I depend on my mother for all of my personal expenses. I would say… Yes and No. Yes, because I still stay with her, eat with her and sleep in the same house I grew up in. No, because I pay for my masters program, fares and food, buy my own groceries and toiletries, pay my own dues and spend for my share in wedding and reunion gatherings. To be honest, sometimes I don’t want to attend any gathering anymore for the need to save money. Most of the time, I try to contribute in different ways like taking photos instead of donating money in a birthday charity a friend hosted or giving pressed cherry blossoms instead of buying souvenirs from Japan. I still contribute my share of expenses in travels, bring my own allowance and navigate the travel. When I was told that I must have saved a lot, I say, “I strategized”. Because you see, many of the people I know think that I have the cash to spend when in actuality, zero, zip, zilch, nada. Not that I want to defend myself. It is just that, you’re missing the whole point.

My mom teased me that I have become “ermitanyo” because I rarely go out. If I do, I only have the needed amount for fares and snacks and make sure I do as many errands as possible. My thesis days in cafés were funded by the GCs I got as Christmas gifts in 2013, birthday in 2014, coupons from my planner and friends’ planners and, luckily also from the points I earned from having a swirl card. I also asked if I could get SM GCs in 2013 Christmas parties so I would have money to spend on my own groceries and toiletries. Just a few of the sacrifices I made after I resigned.

When I was thinking about resigning from work, one of the impending challenges I don’t want to face is stop earning. Looking at my friends on Facebook spending on gadgets and nice restaurants without the fear of not having salary in the coming months did taunt me. I mean, that “fearless spending” is the rebellious feeling an independent woman would hustle for. But what the heck! I never like the idea of updating my phone, dining in fancy restaurants or traveling for social media or break time sake anyway. This is all part of the choice I made at the start of the 2014: Ditch and Focus. “Money is not about everything. Money is just a means to exchange a thing for another.” We want comfortable life, so we work. We want a luxurious life, we work harder. We want to live out our purpose like providing for our families or contributing value to our company or making the world a better place then we have to sacrifice.

Topping my 2014 means I close the resolutions I have always planned to settle for years. Putting up with the promises I have made with myself every year is more tiring than doing the work itself. Every promise that I don’t fulfill is like killing my confidence and dreams one bit at a time. Who knows where I will end up if I don’t settle these resolutions once and for all? I will most likely regret my habit of daydreaming but not really doing anything in some place I will not have strength to get free from.

We sneaked out from a wedding 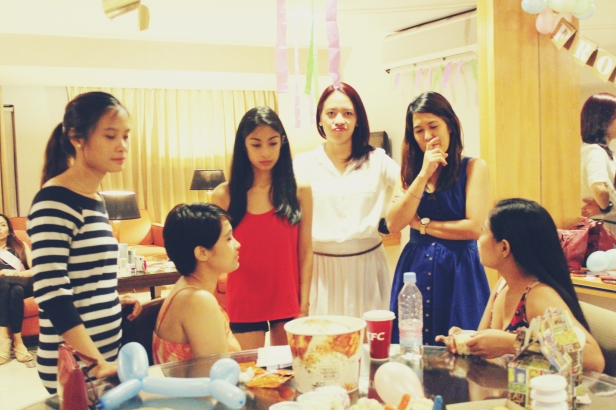 As the Game Master of a Bridal Shower

I might not have the conventional life a normal 28-ish woman usually has. You know, the promotion, salary increase, working abroad, eventful engagement, wedding photos to share and ultrasounds of babies. But I had the most fearless 2014.

Although I have new 10 goals for this year, I don’t honestly think I can complete all of them. I don’t have all the resources in the world to do all of them in a year but the idea of having goals is already enough to make me want to work harder and become better.

I was able to do the things I believe I should do. You can also do your thang. Actually, we can all start and finish all our goals simply because we can. 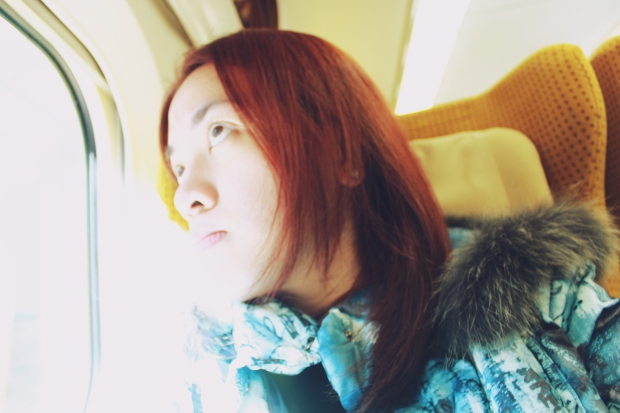 I am changing my hair color to violet. =)